The move to eggs 9.3.x was mainly characterized by the introduction and improvement of the cuckoo command to get a PXE server directly from our live. While previously I used dnsmasq to get services proxy-dhcpd and dhcpd, actually thanks to FOGProject/node-dhcproxy we use just node and only a proxy-dhcpd service.

Having found that due to a grub problem, the field next from the dhcp offer of the proxy-dhcpd server was not read, we switched to using the more versatile ipxe as a network bootloader.

So it is no longer necessary to have an option for a real dhcpd service in the cuckoo command and we do not risk overlapping the network dhcpd.

Another novelty is the introduction of the command: eggs tools ppa which adds or removes the penguins-eggs-ppa repository to our apt sources list. Example:

Original edition of the eggs manual is released in Italian, of course other languages can be accessed using machine translation. 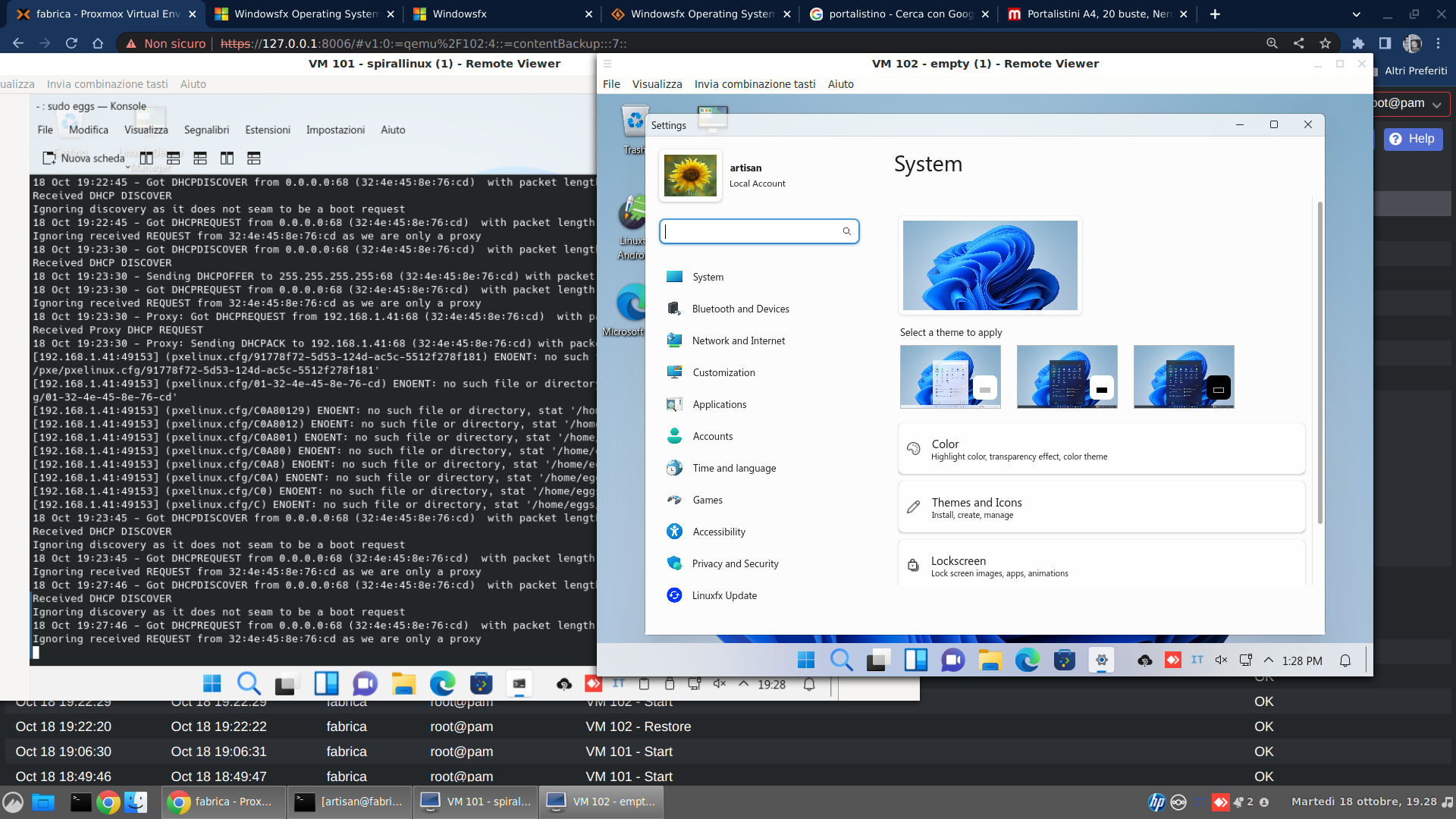