You can use eggs on all the following distributions, always having an easy installer available: krill a console line tool, but usable as GUI for the “older” distributions like Debian jessie and Debian strecth or the versatile graphical installer calamares for all the others. Of course You can always use krill on system without GUI, this is a clear advantage if you want to build easy-to-install liveCDs for server systems.

and all the derivates, including deepin, linuxmint, KDE neon and many, many others. 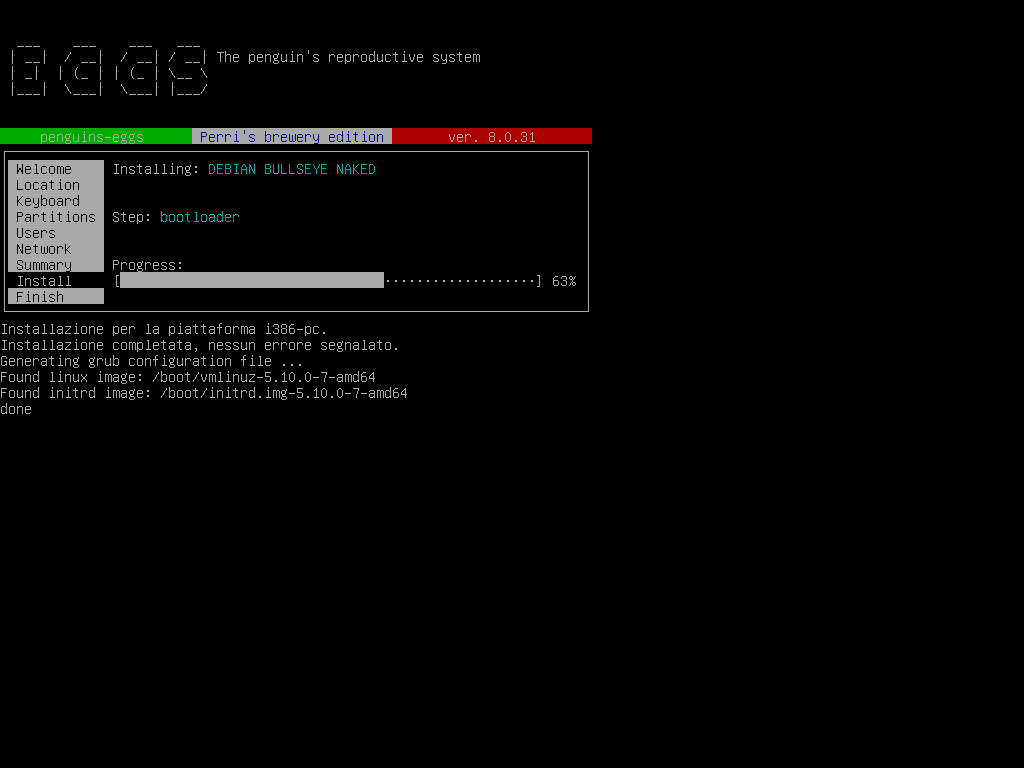 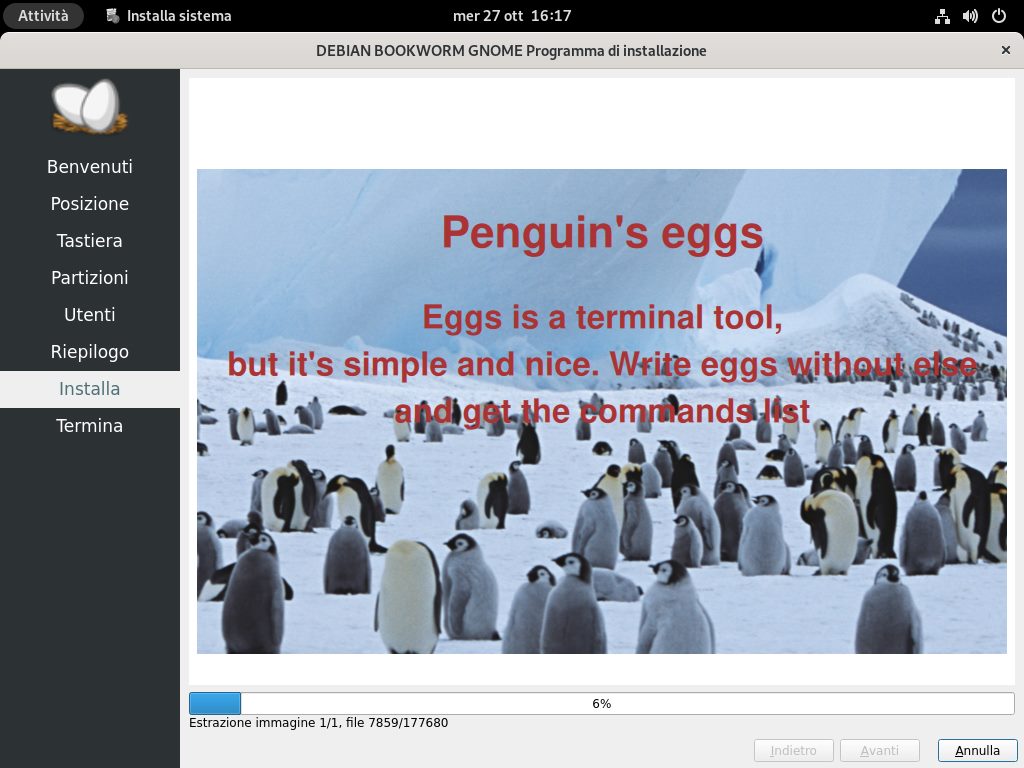 Prior to the release of eggs-8.17.11 a big effort was also made to review many old iso’s previously released from Debian jessie in naked and minino versions, to naked versions of stretch and buster with both amd64 and i386 architecture. 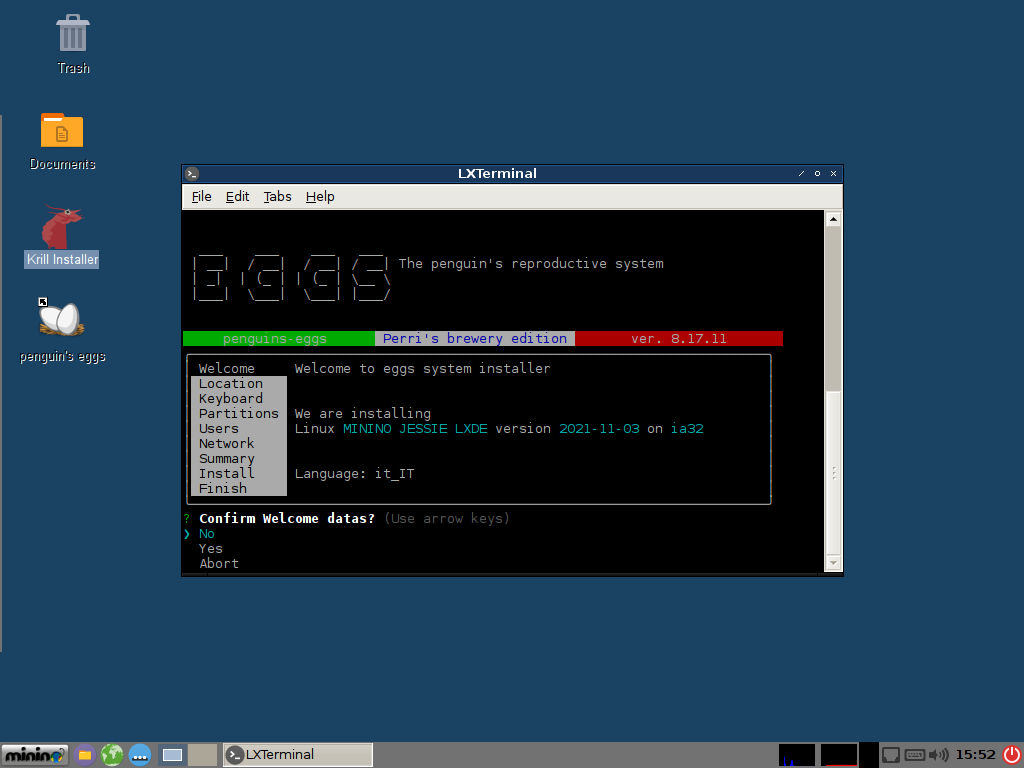 Again calamares installing Linux Mint tricia i386, based on Ubuntu bionic and remastered with eggs-8.17.11. 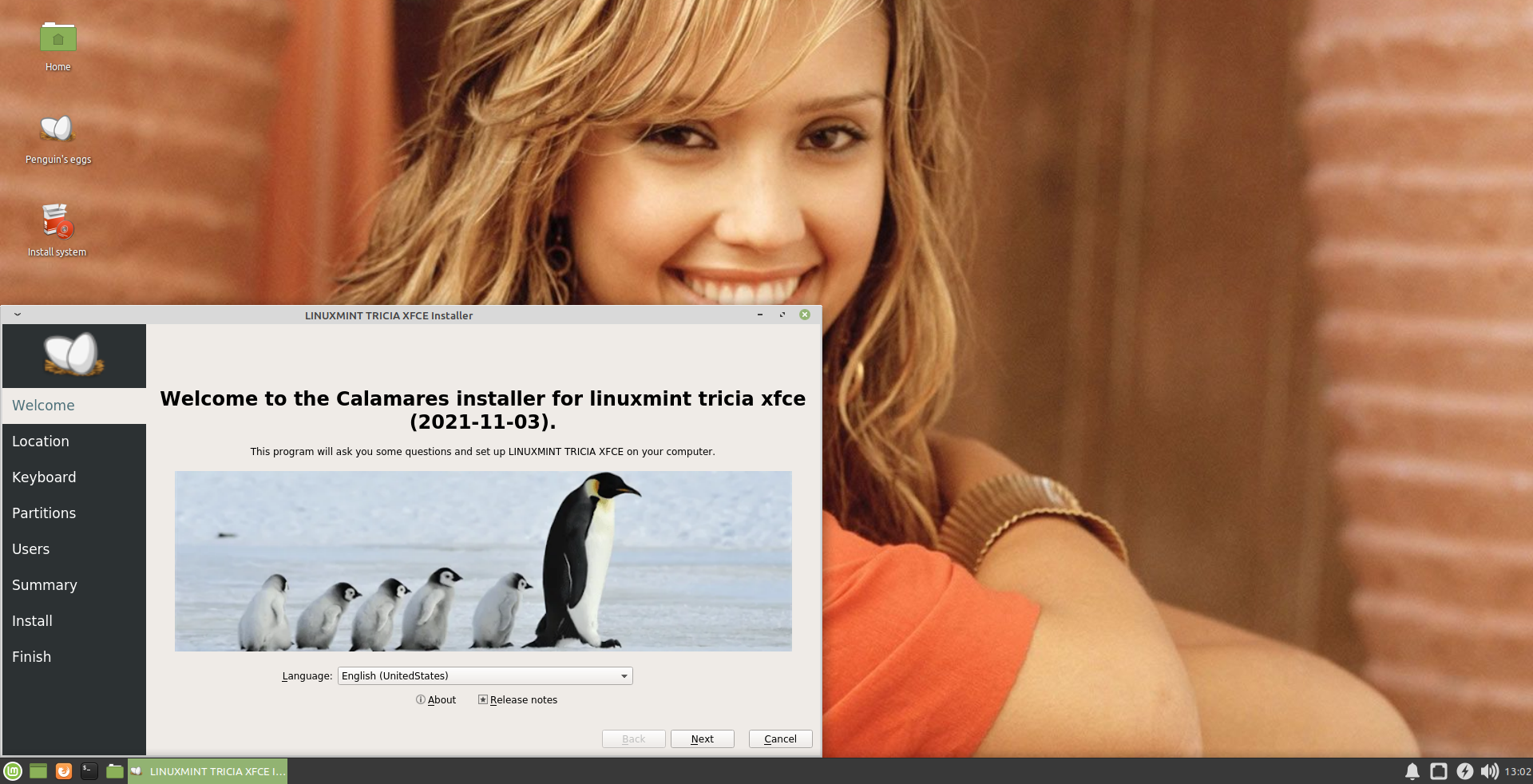 This is a latest addition Kali Linux a security distribution. Some people will turn up their nose at the idea of a remastered security distro and I can agree. But with eggs we can remaster it ourselves and decide in which way to modify it, so - all in all - the problem does not arise. Moreover it can be used directly live with our configurations, etc. 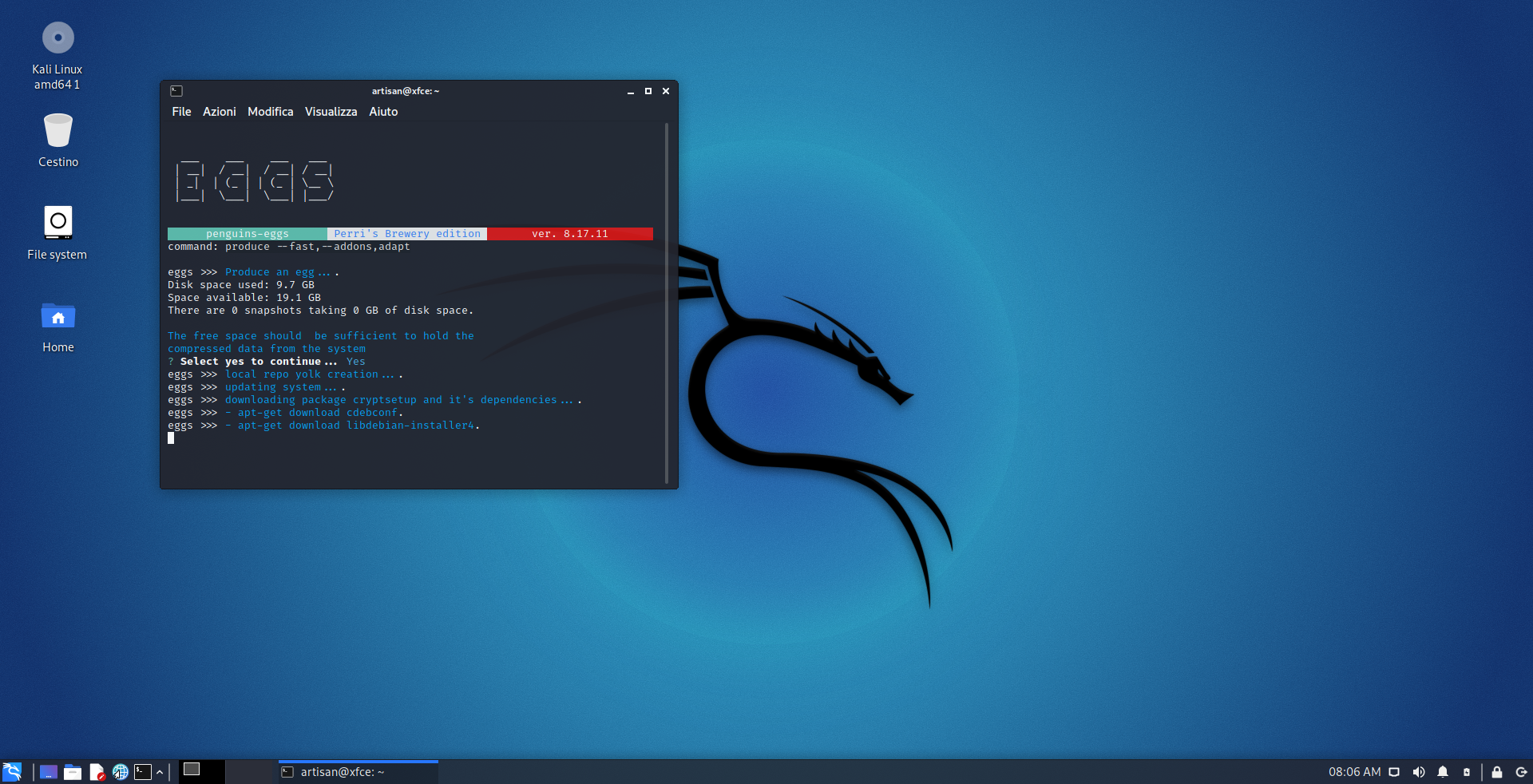 Once the ISO image is obtained, the installation takes place with calamares in no time, moreover being a live system it can also perform its tasks directly. 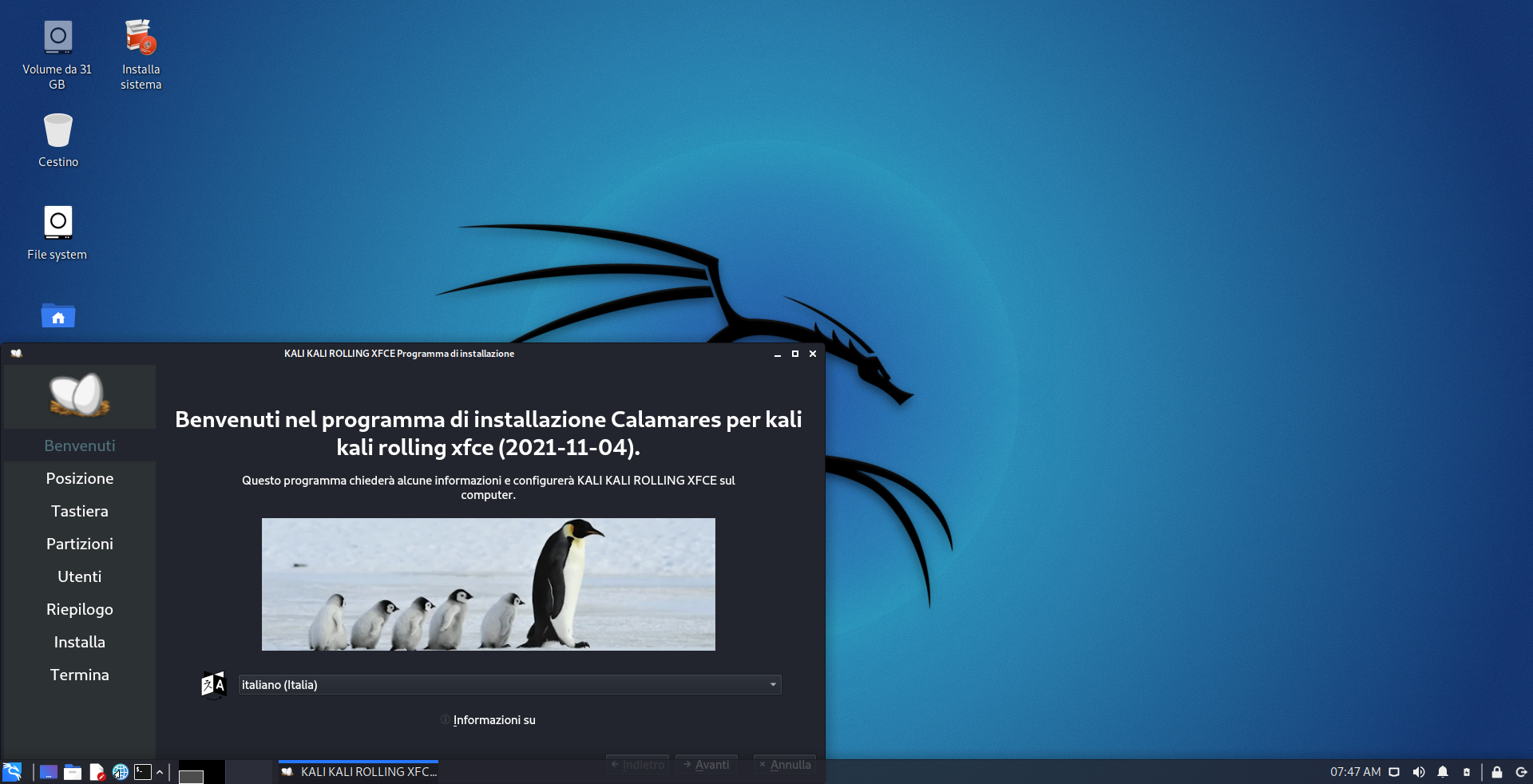 This is what kali linux remastered looks like, of course you can apply any customization. 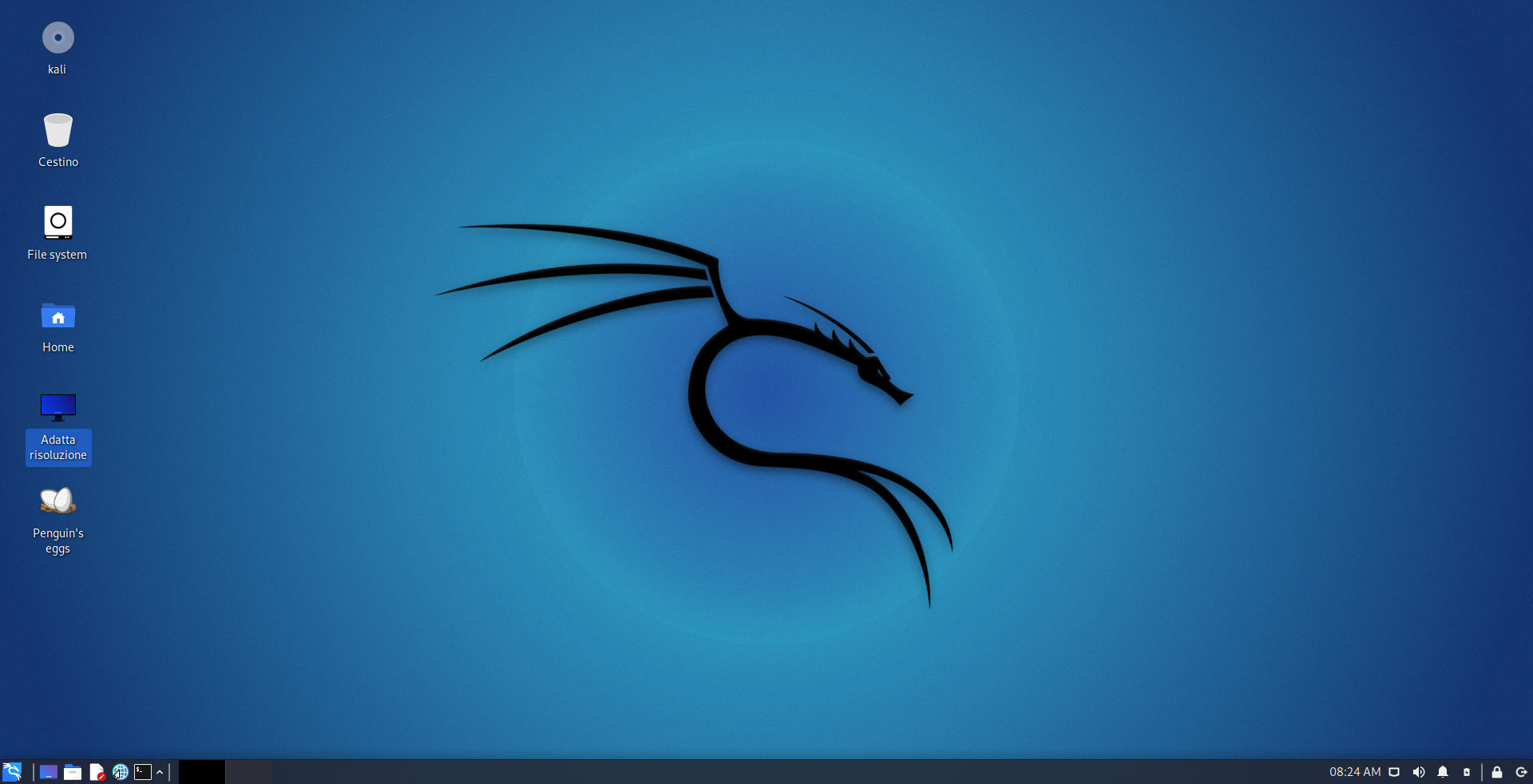