I choose usually to make little improvments and release immidiatly and was a good way.

But now I’m trying to bring eggs to be compliant with Debian packagement system, I thought it was a joke. It isen’t!

So lately I had major troubles in packaging than in add news feathures, but finally I can say it work, it almost work.

I managed to had same time ago a flag in produce, called –final. I think to change this flag in future and choose –release. The scope of –final is to configure calamare to remove himself, eggs and all the dependecies from the system installed.

Initially I don’t like so much this, becouse in same way is a stop to the reproduction, but I’m a pratical man and I realize who peoples need, expecially peoples who take so much cure in build little or large systems. Lately a friend from Canada is working in a iso 14 GB compressed and, someone from India, surpass him! This also lead me also to use zstd - where possible - for fast compression, and revisited eggs info to check the situation before to produce and varius checks, in produce, made before to start disk compression.

Well we have this working, simply eggs produce –release let you to have a clean installation, removing eggs, calamares and their dependecies and select for max compression.

It’s short to say but it was a long history.

Install and removing calamares from eggs

I was used with LXDE or cinnamon before, for long time I didn’t use KDE, LXQT and so on. Calamares is not a KDE project, but its fundaments are based on it. From the first times I installed it I saw it was necessary also to install two others libraries qml-module-qtquick2 and qml-module-qtquick-controls, running mostly in in gnome2, gnome3 it was not a problem to uninstall them and give an apt autoremove, until the day I realize who removing this libray remove all LXQT and problably KDE too!

It was a big problem, I think who probably someone - using eggs - had this problem… I really sorry for that. Pardon!

From this version, finally I don’t remove this libraries and KDE and LXQT are safe.

Produce, probably is the most important command of eggs and the command with more options.

I introduced a new flag in produce, the flag –release.

Really is an old/new flag, the original name was sterilize (because it remove the reproductive system during the installation) and lately was called –final.

eggs is a specialized software, not really for common use, I expect who eggs’s users are deeply involved in Linux and want customize their systems for many purpouses: from share with friends to share with the community, so I choose to write a program more for developers than final users. For this people –release sound as release the system: compress it at the max and remove any sign of the live system after the system is installed.

To let to customize a bit the resulting iso in the time I had themes and addons.

Themes are of course themes, now with theme you can customize the result of your boot in livecd, the branding of calamares and the partions schema. (mostly this feathures are, of course, based on the great flexibility of calamares), eggs just try to arrange a tool who use this great project and ler You to customize your effort).

Addons are at the moment, just coming from eggs - from me - and are links to adapt resolution in VM, to an local proxmox-ve server - to realize a proxmox customizate workstation and server - mostly for developers and me! ichoice let tho choice the installer of the system. Most peoples will prefere calamres installer and are right, but in machine short of RAM, install with cli-installer can be an option, and sometime, to only possible option if not change hardware. –addons rsupport bring a link to dwangent, who need to be installed before. This can be a pratical way to help users also from the live.

I want to write more about create and customize themes in next days. 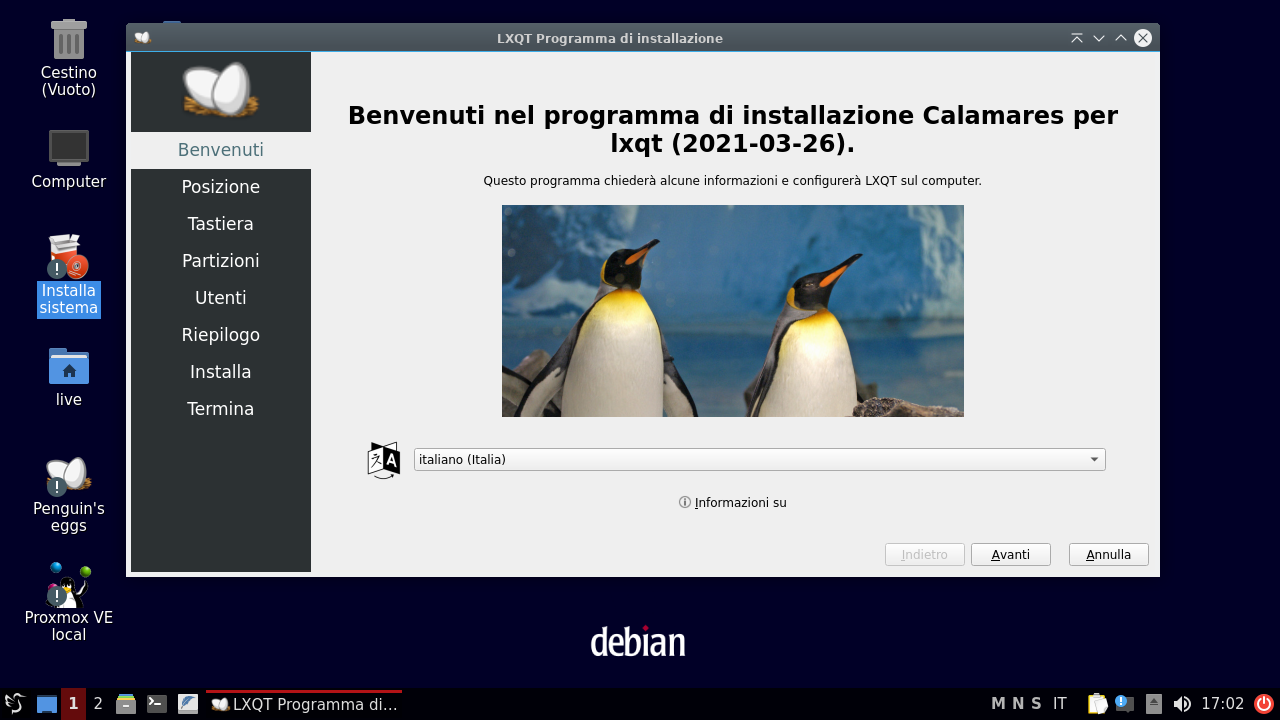